Stay up-to-date and get the latest information on Microsoft, their world-class business solutions and ElysianIT with our intelligent digital transformations

As one of the largest biopharmaceutical companies in the world, AstraZeneca manages more than 70,000 Windows devices. Updating these devices used to be a major effort. Since moving to Windows as a service with Windows 10, the company has benefited from smaller, more manageable updates. Testing and remediation is now more efficient and deployment is faster. 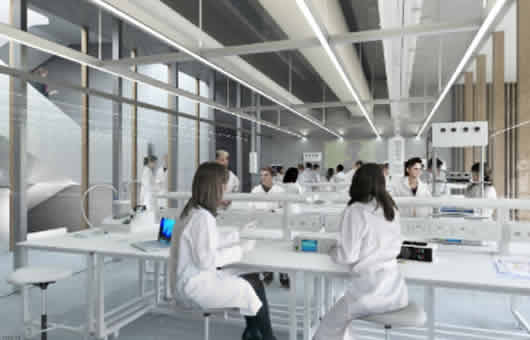 Prior to Windows 10, feature updates were released every few years. Like many organizations, AstraZeneca required a large mobilization of resources to manage each major Windows release. As Andy Thorp, Platform Architect at AstraZeneca explains, “Before Windows 10, we treated each Windows release like a major project. We’d bring on project managers and other IT resources. And we’d do this because, with each release, we were essentially creating a new client each time. We’d also spend time building and testing the delivery mechanism.”

Windows releases are no longer the kind of major project like they used to be….

One important benefit: Windows 10 has streamlined the company’s testing and remediation processes. “Before Windows 10, our managers would want to test everything,” says Thorp. To help these managers make more informed decisions about what to test, Thorp’s team created impact assessment reports detailing new features in Windows and assigning an impact score to each feature. In theory, this should have enabled managers to focus more on high-risk issues. But given the size and extent of the changes in each release, most managers felt compelled to run through each new feature that was used by their business unit, regardless of assessed risk.

Today, teams at AstraZeneca are testing more efficiently. “Windows 10 has changed our company’s attitude towards testing,” says Thorp. “People find the smaller, semi-annual feature updates less overwhelming. They have a better idea about what’s changed and what hasn’t.” Managers now use the team’s impact assessments exactly as they were intended—to focus on those features that really need to be tested, skip low-risk items, and accelerate new Windows deployments.

Of course, some devices require more testing than others. As part of a highly regulated industry, AstraZeneca has many devices, such as those in the operations division, where every change needs to be validated to meet stringent compliance requirements. This is where the Windows servicing tools have proven useful. Using Microsoft System Center Configuration Manager, the same system that the company used before Windows 10, administrators at AstraZeneca can apply longer deferral policies to specific devices.

Beyond Windows and into the future

As AstraZeneca reaps the benefits of Windows 10, it has also had success with Microsoft Office 365. The company deploys Office 365 using a content delivery network, which reduces internal management while still giving it control over how a client is defined and patches are managed. The team is also active in the Office Insider Preview program, which, like the Windows program, provides an opportunity to preview and provide feedback on new features.

With strong investments in both Windows 10 and Office 365, it makes sense that the company is also exploring other Microsoft 365 tools, starting with Microsoft Intune. “We are currently exploring co-management with our existing Configuration Manager infrastructure and delivering apps to Intune-managed devices,” says Thorp.

Meanwhile, AstraZeneca is looking into ways to get even more value out of Windows 10, including a proof of concept with Windows Analytics. As part of Operations Management Suite, Windows Analytics provides deep insights into the health and efficiency of an organization’s desktop environment.

“The ‘Windows as a service’ model has already helped us make big improvements in how we test and deploy Windows 10,” says Thorp. “With tools like Device Health, we look forward to reaping even more benefits.” Given how effectively AstraZeneca has already managed Windows 10, it shouldn’t be long before Thorp and his team reach their next Windows milestone.

Speak with an expert about Windows 10